The National Automobile Museum, currently named after Giovanni Agnelli, was founded in 1933 with an initial exhibition of historic cars belonging to Cesare Goria Gatti and Roberto Biscaretti di Ruffia, pioneers of national motoring. But it was the latter, a Turin aristocrat, who took steps to conceive it, finding the collection and the best location.

Initially, the collection was grouped together in a warehouse at the old Fabbrica Aquila Italiana and, after being moved several times, it was moved to a space under the steps of the municipal stadium, a place that was not very functional.

Miraculously surviving the bombings of the Second World War almost unscathed, the collection was transferred to its current location in 1960, built thanks to contributions from the Agnelli family as well as other institutions and entrepreneurs. Biscaretti di Ruffia, who had been elected president a few years earlier, died a year before seeing his work completed.

Today the museum has been enriched with new sections, including the documentation centre and library, but after the major renovation that began in 2007, wonderful installations and interactive settings have also been created that make the Museum unique. 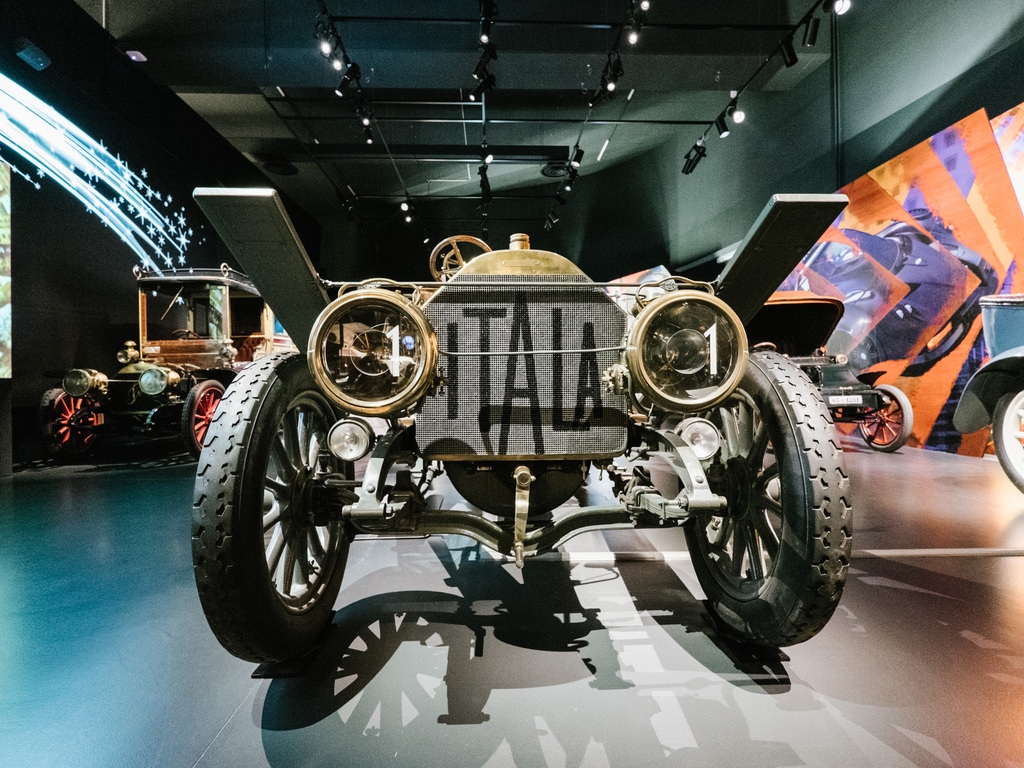