The decision to build a defensive structure for the town of Fossano was taken by Filippo I d'Acaja when, in 1314, the people of Fossano swore allegiance to him by submitting to his rule so as to be defended in the event of attacks from neighbouring towns.

The castle has a regular plant with a perfectly square layout; the four towers at the corners encircle the massive structure with a brick facing surrounded on three sides by a moat that can be crossed by a drawbridge.

The building went through various phases characterised by the different functions attributed to it: around 1485, when the Acaja branch died out, the Castle passed to the Savoia family, who transformed it into an aristocratic residence, hosting various distinguished figures of the time, from Bona di Savoia, widow of Gian Galeazzo Maria Sforza and Duchess of Milan, to Madama Cristina of France, who found refuge there during the 1600s. During these years, the House of Savoia made numerous changes and extensions to make the palace increasingly elegant and comfortable. In particular, between the 15th and 16th centuries, the throne room, the prince's quarters, the chapel and the cellars were built, and the courtyard was enriched by a portico with white marble columns whose capitals bore the family coat of arms.

The end of the 16th century saw the creation of the hall of the grotesques, the only decorated room that has survived to this day, for the personal use of the dukes. The grotesques dedicated to the gods of the ancient world, created by the Flemish artist Giovanni Caracca, are a type of decoration inspired by the Roman painting technique of the Augustan era and became very fashionable following the discovery of Nero's Domus Aurea.

Further enlargements took place during the 17th century, when the building changed its function again and was used first as a prison, where mainly members of the Waldensian population were imprisoned following the persecutions that were raging in the area, then as barracks and military quarters with the addition of stables, warehouses, new bodies for parking troops and a parade ground created by covering the moat.

This function was maintained until around 1943, when after the war the Castle became a refuge for displaced and homeless people. It was not until 1960 that the Monuments Office began restoration work that returned the building to its 16th-century appearance by removing the adjacent buildings and recovering part of the moat.

From the 1980s onwards, the castle became the symbol of the town and the custodian of its history: since 1985 it has housed, in the 16th-century loggias, the civic library, with over 150,000 volumes of great historical importance, and the town's historical archive, which preserves the history of the place with documents dating back to the 13th century, such as the act of submission to the princes of Acaja dated 1314 and the letters patent with which Emanuele Filiberto granted Fossano the title of Town.

The inner courtyard and the hall on the ground floor host numerous cultural activities such as exhibitions, conferences and concerts. Today the castle has also become a major tourist attraction, serving as a backdrop to the major events held in the large surrounding square, in particular the Giostra dell'Oca.

The castle can be visited internally, but there are also two external routes: the first begins at Porta di San Martino (a reconstruction of the ancient gateway to the city built in 1788) and takes visitors along the moat and the walls to discover the original defensive architecture recovered by the recent restoration, while the second follows the walkways that connected the corner towers. From the observation tower it is also possible to admire a fantastic 360° panorama of the city, stretching as far as the Alps of southern Piedmont. 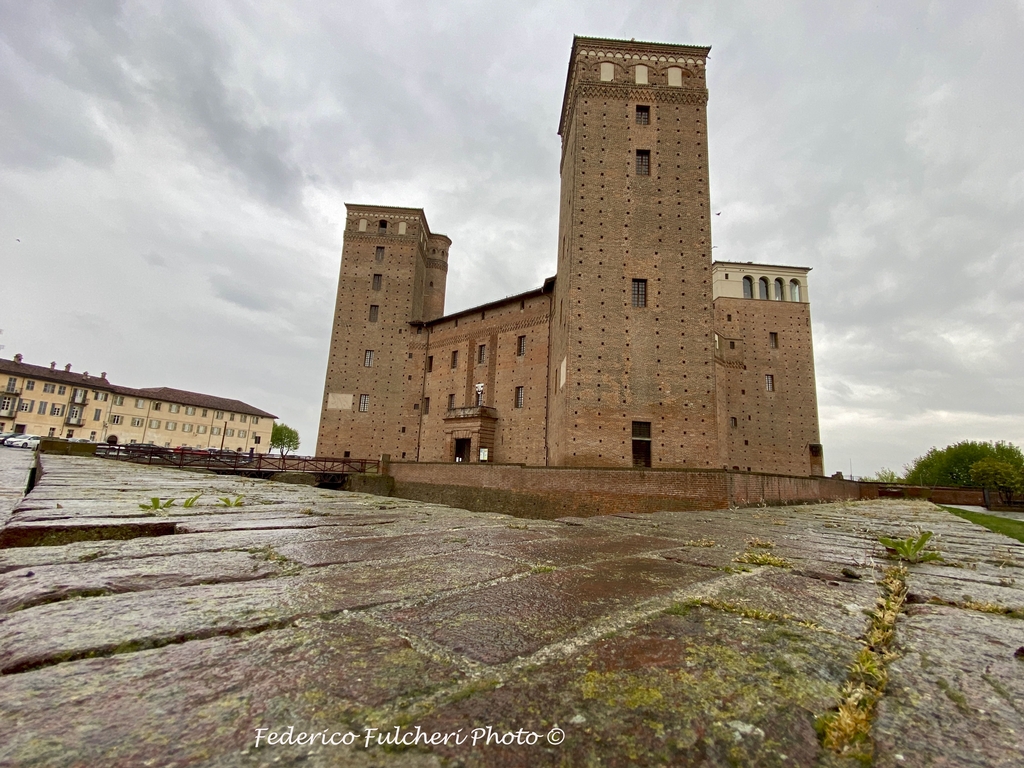