Opened in May 2006, this modern and functional hotel is located in a new residential area created as the Media Village for the Turin 2006 Winter Olympics.
The Art Hotel Olympic is located in the Madonna di Campagna district, a few steps from Parco Dora, ex Fiat and Michelin factori

A few minutes from the center of Turin and the points of interest that the city has to offer such as the Royal Palace of Turin with the Armory and its Gardens, Palazzo Madama, the Egyptian Museum of Turin, the GAM and the Mole Antenelliana, where the Museum of Cinema is located.
The Art Hotel Olympic is characterized by its nature that is reflected in the common areas such as Hall, bar area, conference rooms, restaurant and in its eight floors in continuous evolution. 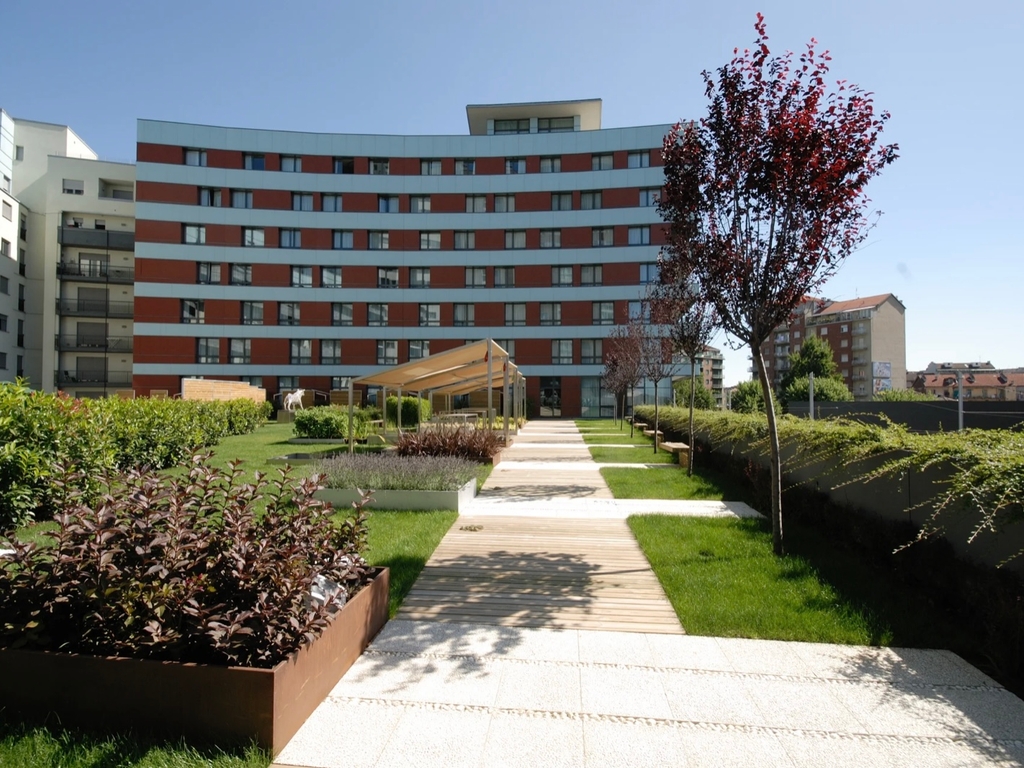