Cussanio is a hamlet in the municipality of Fossano, in the centre of the Cuneo plain, in a cool, wooded area, a place of faith and art.

Its history is closely linked to the Sanctuary of the Madonna della Divina Provvidenza, with its beautiful granite façade and its daring octagonal dome, surmounted by a bronze angel, which recalls two apparitions of the Madonna on 8th and 11th May (the Marian month) in 1521, to Bartolomeo Coppa, deaf and dumb from birth, to whom the Virgin, after healing him, entrusted the mission of preaching penance in nearby Fossano. At the second apparition, the Virgin Mary brought bread to the poor hungry man, who was

disappointed by the derision he had suffered during his mission.

Following the spread of the plague throughout the territory, the people of Fossano had a first chapel dedicated to the Virgin Mary built on the spot where she appeared to the deaf-mute shepherd Bartolomeo Coppa in May 1521.

In 1600, with the arrival of the Augustinian fathers of the Congregation of Genoa, the chapel was replaced by a larger church with a single nave; the monks also built the convent complex next to the Sanctuary. The works for the realisation of the structures were entrusted to the Fossano engraver Giovenale Boetto: between 1618 and 1648 part of a project  that foresaw the constitution of the convent divided into four cloisters separated by two building sleeves arranged in a Greek cross was realised. Later, again based on Boetto's design, the monks had the church further extended.

The façade of the Sanctuary is granite with an octagonal dome surmounted by a bronze angel recalling the two apparitions of the Virgirn. The interior was decorated in the middle of the 17th century with at least three paintings by the Flemish painter Giovanni Claret.

The current appearance of the structure is due to further work commissioned by Bishop Emiliano Manacorda and begun in 1875: the structure was embellished with the addition of two side aisles and numerous altars. A splendid tree-lined avenue leads to the Sanctuary, which in particular in the months of May and June is used by pilgrims from all over Piedmont.

Today the locality has a large wooded and equipped area, a popular place of refuge from the heat of the summer months. 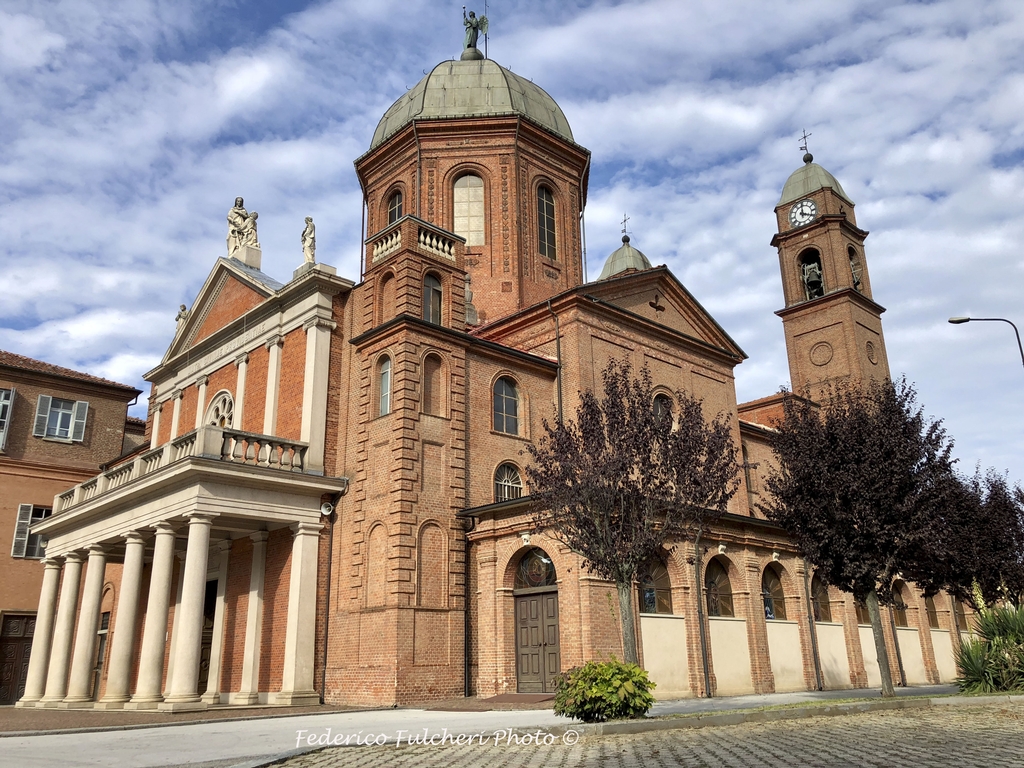